This is the 3rd Basico Group of Old Boys Escaleta…the U9 age group where the boys are 8 and 9 years old. It is the first part of the Escaleta season, March and April, which is before the school’s season, May to September. The second part is during September and October. The sessions are on a Friday afternoon after school at the school and on a Sunday morning at the Old Boys Club.

It is the first time these boys have ever been coached using ‘Games for Understanding’.

This is the 9th session out of 10 sessions…

Here is the video clip:-

I have never mentioned kicking…

I have never coached kicking to this group of boys…

The kick at 9s in the clip is the first time a player has kicked the ball in any of the “games”. It is 1min 19s into the last 5 min “set” of the 9th session.

Here is a video clip of an interview I did with Player B 2 days after…at the end of the 10th session:-

Player B’s reaction/face to “Did I say you never can?”:- 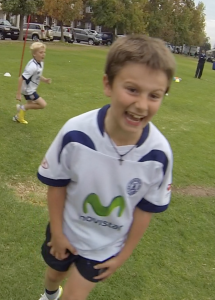 Player B rushing towards the tackle/breakdown:- 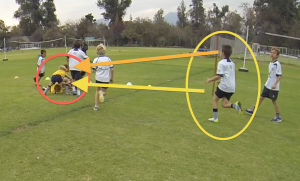 Player B wrestling for the ball and Player C asking “Can we kick it?”:- 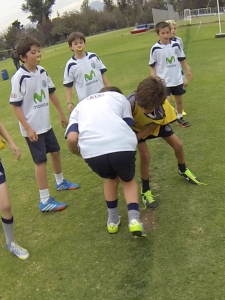 Player C’s reaction/face to “Have I said you never can?”:- 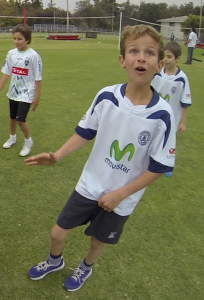 Player B looking for/at the space:- 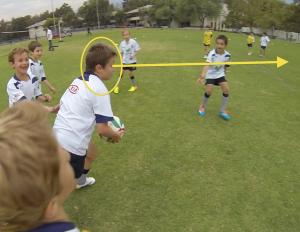 Player B looking at his teammate:- 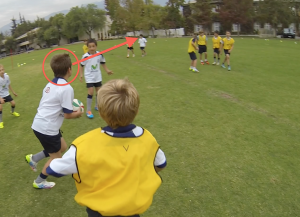 Player B looking to kick to space for his teammate to run on to it:-

Player B’s placement kick, with precision and ‘touch’, to space:-

Player D running on to the ball to score a try:-

To Brendan Chaplin (@BrendanChaplin) for setting up the first ever Online Strength and Conditioning International Conference where I was able to see and listen to Graeme McDowall’s (@GraemeMcDowall) presentation on Motor Learning and Skill Acquisition from an Ecological-Dynamic Perspective.

This presentation gave me the INSPIRATION to carry out the Research Project I have just done using the “constraints-led approach” with the 3rd Basico Escaleta group. 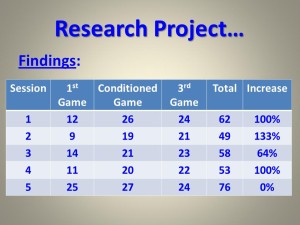 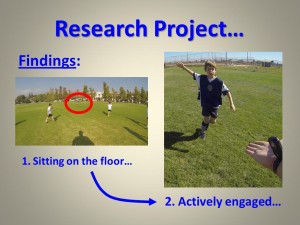 One thought on “The POWER of using ‘Teaching Games for Understanding’…”