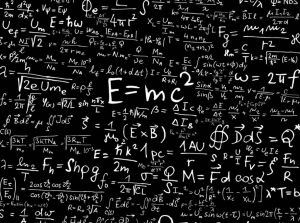 “…from its inception, the interpretation of TGfU has been through the prism of discovery learning (Cobb and Yackel 1996; Phillips 1995). It was only in the 1990s that PE pedagogues later ascribed TGfU to a constructivist approach (see, for example, Kirk and Macdonald 1998).” (p.10, Old wine in new bottles, Harvey, Pill & Almond, 2017)

This week I will do my best to bring to light some of the Learning Theories that underpin this, i.e. TGfU/Game Sense/Constraints-based teaching/coaching approach… in essence a Games Based Approach (GBA). It has been a real challenge over the last 3 weeks to put these thoughts into a way that make sense and to do all the research that has taken place already justice. It is probably one of the hardest Blogs I have tried to write as I do not want to do the topic area an injustice. I am no expert in this, but when I read the various books and research that talk about Learning Theories I connect very quickly to the practical applications that I have done throughout the years and therefore the theories make sense to me and make sense of what I have been doing through the ART of Coaching and continual self-reflection. 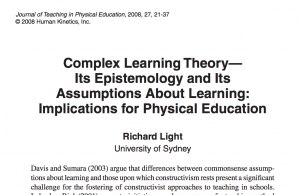 “Their [Physical Education teachers’] practice is typically based upon assumptions about learning that are deeply embedded in Western culture…In physical education, this is evident in the teaching of predetermined “fundamental” motor skills seen as being a prerequisite for playing games and sport.” (p.22, Complex Learning Theory, Richard Light, 2008)

At times it is important to put things in perspective with a contrasting view. Here is what the “traditional” approach to teaching/coaching is based upon and still continues to be present in today’s teaching/coaching where teachers/coaches use verbal feedback and rewards, quite often negative ones, e.g. “start again” when a group drops a ball, “do 10 press-ups” when a group knock the ball on, i.e. Negative Pedagogy, to change behaviour.

…the learning involved [in the traditional approach] is not necessarily positive because it can promote a fear of failure that limits their capacity to learn from mistakes (Partington et al., 2014).” (p.13, Positive Pedagogy for Sport Coaching, Richard Light, 2017)

Behaviorists conceive of cognition and learning as being mechanical processes and strive to understand learning by reducing it to its simplest components. (p.23, Complex Learning Theory, Richard Light, 2008)

“The traditional approach to teaching is guided by the principles of behaviourism, a mechanism that involves the ‘manipulation of students toward predetermined ends and ignores the experience of the students themselves…” (p.4, Positive Pedagogy for Sport Coaching, Richard Light, 2017)

“…learning to play well involves adapting to its dynamics with tactical knowledge, skill execution and decision-making all interconnected as knowledge-in-action (Light 2013a). Learning is located within modified games or game-like activities based on the assumption that it occurs through engagement with the learning environment and not through direct instruction (Dewey 1916/1997). (p. 16/17 Positive Pedagogy for Sport Coaching, Richard Light, 2017

Throughout this Blog I will also use various quotes from the the same research article by Harvey, Pill & Almond that I used in my last Blog article… 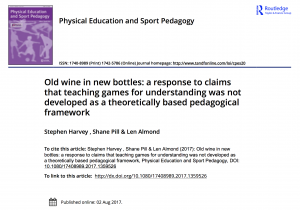 “…TGfU’s emergence from an educative perspective rather then approaching it from purely the field of sport science/skill acquisition.” (p.10, Old wine in new bottles, Harvey, Pill & Almond, 2017)

“Initiating any change process must, therefore, involve some understanding of the theories supporting it and the sets of assumptions about learning that it rests upon (Rink, 2001).” (p.22, Complex Learning Theory, Richard Light, 2008)

“Learning by doing occurs at a non-conscious level as a process of adaptation that is emphasised by psychological constructivism (Piaget, 1950), enactivism (Varela et al., 1991) and CLT [Complex Learning Theory] (Davis and Sumara, 2003).” (p. 17 Positive Pedagogy for Sport Coaching, Richard Light, 2017)

It is important to recognise that there are a number of other theories that have been put forward to give the GBA a theoretical foundation as well: These are the Constraints-led theory, Self-Determination Theory (SDT) and Situated Learning theory. They all have parts that underpin this coaching approach from my experiences.

e.g. applying the Principle of Autonomy in SDT where you empower your players to take ownership of their learning by giving them choice and one way of doing this is to use Conditioned Games through Practice Design which allows the players to solve the problem(s) to the solution(s) you set them without you specifically telling them what to do through direct instruction. They make decisions for themselves, e.g. where to run and/or when to pass or not to pass and/or to kick the ball or not, within the context of a game with an opposition against them where you condition how the “tackle” will happen to facilitate the players’ learning.

Constructivism is more of a holistic view and things are not broken down to their simplest forms. It is where learning occurs in a constantly changing environment by doing rather than observing and is a process of knowledge construction shaped by previous experience and knowledge, i.e. you build on what you’ve done previously in a session by starting off with the same basic Conditioned Game to get your players up and running. You’ll then find that they pick this game up very quickly and efficiently which then means you can get to the “game” you want to do and the learning/development you want to work on and improve.

This falls into the “flow” principle from Csikszentmihalyi’s work as well. Constructivism sees adaptation and change in the player over the long-term by building knowledge up and allows you to keep growing and getting better over time. It also means you do not have to keep going back to square one at the start of each season because the players have “forgotten” how to do things with a Behaviourist approach because of the lack of true context in Drills and the poor transfer of learning/skills from Drills to the “game”.

There is Psychological Constructivism from the work of Piaget and von Glasersfeld and Social Constructivism from the work of Vygotsky and Bruner. Psychological is where the learner interprets and constructs unique personal knowledge through the interaction of their previous experience and knowledge, and new experiences, i.e. within Games. Social sees social interaction and dialogue in the development of learning within the environment with an emphasis on language where collaboration often solve problems to questions raised, i.e. using Questioning through Guided Discovery with the teacher/coach or having player-led mini circles during a 2 minute tactical timeout to come up with their solutions. 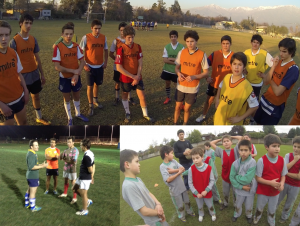 “…Mayer (2004) argues that the constructivist view of learning is best supported by methods of instruction that involve cognitive as opposed to behavioural activity, instructional guidance rather than implicit learning of pure discovery, and curricular focus rather than unstructured exploration.” (p.11, Old wine in new bottles, Harvey, Pill & Almond, 2017)

“The term complex learning theory helps to identify what all constructivist theories have in common by viewing learning as a process that is complex and cannot be reduced to a complicated number of parts.” (p.29, Complex Learning Theory, Richard Light, 2008)

In essence the environment can not be separated from the experience and learning of the player but is part of the player. This is why and where a GBA to teaching/caoching should be applied across the sporting teaching/coaching landscape, rather than what we quite often see is the “traditional” approach whereby people breakdown the game to its fundamental skills/technique in Drills and believe that their players can’t play a game yet as they haven’t mastered these skills to enable them to play the game. Players need to be working on all 4 pillars, i.e. Technical/Tactical/Physical/Psychological, which in today’s coaching speak is with the new sticker of Tactical Periodisation, at the same time as that is what they have to do in and during a real game.

These next couple of quotes highlight the importance of the teacher/coach being a key and active part in the coaching process on the field with the players and not just playing a game for the sake of it and letting them get on with it.

“…findings suggested that unassisted discovery does not benefit learners in comparison to feedback, worked examples, scaffolding and elicited explanations. …the minimally guided instruction is less effective and efficient than approaches that put a strong emphasis on guidance.” (p.10, Old wine in new bottles, Harvey, Pill & Almond, 2017)

“…suggests caution in the messages that are sent to practitioners using GCAs such as TGfU or the CLA that simply manipulating constraints and letting the ‘game be the teacher’ is a sufficient condition for learning to occur.” (p.11 Old wine in new bottles, Harvey, Pill & Almond, 2017)

In Blogs in the future I will talk about the fact that I feel, through my own practical coaching experiences all around the world and reading various books and research articles in this area of research and practical application, that these terms are all the same basically depending on, e.g. the Stage of Learning of the players you are teaching/coaching and the context you are teaching/coaching in.

“Thinking about theories of learning can unearth teachers’ previously unquestioned beliefs about learning and help in recognizing the importance of the assumptions that inform particular pedagogy. In the development of TGfU, the different pedagogy and epistemology upon which it is based challenge the established practices and beliefs of many physical education teachers and preservice teachers (e.g., Butler 1996). They can also challenge entrenched cultures within physical education teacher education programs (e.g., Light & Butler, 2005).” (p.26, Complex Learning Theory, Richard Light, 2008)

“TGfU is built on solid theoretical foundations. The different theoretical backgrounds supporting TGfU (education) and a CLA (sport science/skill acquisition) reflect something of the tension that can exist in descriptions of physical education and sport coaching pedagogy. These competing descriptions can cause confusion for the practitioner, as although in practice TGfU and a CLA may look alike, epistemologically they rest on different theoretical foundations. It is however, inappropriate to privilege one fields’ theoretical discourse or to create a ‘verses’ mentality to theoretical descriptions of what to the practitioner appear essentially the same pedagogical actions (Stolz and Pill 2014).” (p.11, Old wine in new bottles, Harvey, Pill & Almond, 2017) 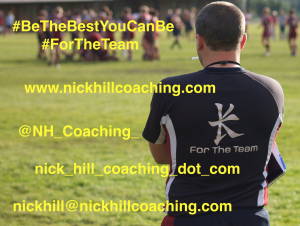