During my Coach Education trip to The Greenhouse School, Temuco, Chile back in July 2014 I facilitated how you can use ‘Teaching Games for Understanding’ (‘TGfU’) and ‘Questioning’ to improve ‘Games Understanding’ in a large group of boys of 3rd and 4th Basico (U9s and U10s) with 4 other coaches, making sure everyone is active, engaged, and learning as much as possible.

The link to this ‘Coaching Journey’ on my website can be viewed here:-

In between the playing ‘sets’ of the ‘Conditioned Games’, ‘Questioning’ opportunities were created by stopping the game and calling the players in to the coach. I facilitated the 1st one for each group…

The final key thing to highlight here at the beginning is that I had never coached these boys before this session…their 1st language is Spanish, with hardly any English…and my 1st language is English, with some basic Spanish…thus creating a very challenging coaching environment…

How do you engage all the players?:-

One of the key questions to always ask yourself as a coach is:-

Through watching back the ‘Questioning’ videos of all 4 groups you can observe and notice many different things that occur during a ‘Questioning’ ‘set’ that you did not pick up upon in “real time”.

By analysing the video clips of each group, I created 4 manuscripts to help with comparing the 4 different groups how the ‘Questioning’ sequence/process went, plus to help to identify any similarities and/or differences between the players’ responses to the questions that I posed to them.

The video of the ‘Questioning’ sequence/process for the 1st group can be seen here:-

The manuscript for the 1st group:-

The video of the ‘Questioning’ sequence/process for the 2nd group can be seen here:-

The manuscript for the 2nd group:-

The video of the ‘Questioning’ sequence/process for the 3rd group can be seen here:-

The manuscript for the 3rd group:-

The video of the ‘Questioning’ sequence/process for the 4th group can be seen here:-

The manuscript for the 4th group:-

One of the key findings is that the more you do the ‘Questioning’ sequence/process…the better you get at it…as you fine tune the process…and learn from the different experiences.

This can be seen in the points below:-

Other points to note:-

If it was Coach-centred direct instructions:-

Questions that I would have added looking back at the videos:-

My questioning sequence/process philosophy starts with ‘WHY’… 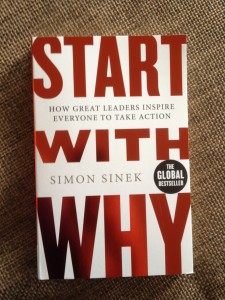 One of the key challenges as a coach is do you spot/notice them…? Once you have noticed an example…the next thing is to then weigh up whether or not it is something that you need to fix…something that you will need to address…or just ignore because it does not require any effort or energy from you as the coach to sort out…

The example below shows a player ‘playing up’ to the camera at the front of the group and a player at stood at the back engaged in something completely different which has nothing to do with the ‘Questioning’ sequence/process that is about to take place to help his understanding and/or reinforce his knowledge of the ‘How to Play…?’:-

The example below shows an example of a player ‘playing up’ to the video camera right next to the coach and a player actively engaged in the ‘Questioning’ sequence/process:-

The example below shows an example of a player actively engaged in the ‘Questioning’ sequence/process by raising his hand and another player still disengaged watching another group doing what they are doing on another area of the field:-

Some questions to consider when ‘Questioning’:

The key challenge during “Thinking Time” is trying to make sure the over-enthusiastic players, who know an answer, do not spoil it for the player with lower confidence…by shouting out their answers…as this may then prevent/stop the player “thinking”…thus shutting down this type of player in the ‘Questioning’ sequence/process…

To help a group grow their understanding…provide a “50/50 option” to continue the flow of the ‘Questioning’…then follow that answer up with a higher-order question of ‘Why’, “How’, etc….to encourage and challenge the players thinking…as the players will be able to come up with their answers…unlocking higher-level answers…

Otherwise you do not hear/miss a really good answer from one of the players…e.g. at 7s in the clip when the player is right in front of you…

Situations to be aware of:-

Players wandering around doing their own thing…

What does some of the evidence say about using ‘Questioning’:-

The following extracts are taken from ‘Athlete-centred Coaching: Developing inspired and inspiring people’ by Lynn Kidman (2005):-

Chapter 1: ‘Being Athlete-centred: the Empowering Coach’

“…questioning is the best approach to develop thinking and decision making in athletes. The technique of questioning is one way of helping athletes learn to problem solve. Stimulating questions are an extremely powerful means of inspiring athletes and enhancing intrinsic motivation (Butler 1997; Kidman 2001). Questioning also engages athletes at a conscious level, enhancing their concentration and thus their intensity.” (p.19)

“Athletes will undertake problem solving with enjoyment and ever-increasing effort if given the opportunity. Generating their own solution empowers athletes and gives them more self-awareness; the subsequent enhancement of their performance is well documented (Metzler, 2000; Ravizza, 1998; Schempp, 1982). For example, athletes who take ownership of the content of their learning will remember, understand and apply it more effectively than those who are told what to do, when to do it and how to do it. By enabling athletes to problem solve, a coach enhances their long-term learning (Thorpe, 1990).” (p.20)

“When the coach asks questions, athletes must find answers, which in turn increases their knowledge and understanding of the purpose of particular skill performance and tactical plays in the context of competition.” (p. 245)

“It is known that athletes learn well and have higher retention rates if they are given the opportunity to work out for themselves what to do and how to do it.” (p.245)

“To create situations where athletes learn best, by listening to their responses, then redirecting, prompting or probing for better or more complex answers, coaches must have an in-depth understanding of the material they are asking about and the context in which it will be applied.” (p.245)

“Why? and how? questions enhance athletes’ ability to make decisions. It is important for coaches to allow athletes to think about questions and help and encourage them to answer. If the athletes are having difficulty with the answer, a coach can redirect or rephrase a high-order question so they can think carefully about what has been asked for, However, the coach should never give the answer itself, as it takes ownership of the problem-solving process away from the athletes.” (p.247)

“With high-order questions, there are no ‘wrong’ answers as the athletes generally interpret the questions at their own level of understanding. Coaches need to listen closely to the answers, interpret the significance and respond accordingly. Often athletes come up with the answers that coaches may find useful to elaborate and apply within their game plan. By listening, in other words, coaches can learn much from their athletes.” (p.247)

“Formulating meaningful questions is a key element in establishing a great questioning environment. Planning the questions for the training session ahead is the most important step, especially if questioning is a very new part of the coaching repertoire.” (p.249)

“In planning questions, it is also important to be flexible in both developing the questions and timing them…the real art of questioning is to read the athletes, look at what is happening and ask relevant questions when the athletes are ready or need to solve a problem.” (p.250)

“An important management strategy in questioning is to ensure that all athletes are quiet and listening to the questioning sequence. To this end, a coach may create rules to encourage attention. Useful examples of rules include ‘When one person is talking, everyone else listens’ or ‘Raise your hand and wait to be called on’. Once the coach has the attention of all athletes, everyone can hear the questions, while the coach can make appropriate eye contact and look for nonverbal signs of misunderstanding or excitement among athletes.” (p.251)

“Increasing wait time enables athletes to formulate better responses and encourages them to give longer answers because they have had the opportunity to think. When given this ‘thinking time’, athletes tend to volunteer more appropriate answers and are less likely to fail to respond. With longer wait time, athletes exhibit more confidence in their comments and those athletes whom coaches rate as relatively slow learners offer more questions and more responses.” (p.252)

Equity of Directing and Distributing Questions

“Coaches will notice that some athletes can not wait to answer the questions while others prefer to remain anonymous in the background. The athletes who volunteer readily are probably the most confident in their skills and their cognitive abilities…A coach must make a conscious effort to include all members of the team or squad in problem solving. A coach should allow equal time for all athletes to contribute to the discussion.” (p.254)

The POWER of using ‘Questioning’

The CHALLENGE of using ‘Questioning’