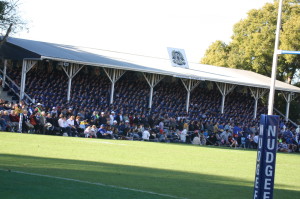 During July and August 2009 I embarked on my own 6 week Professional Development Experience to the Southern Hemisphere. I spent 3 weeks in Brisbane, Australia and 3 weeks in Christchurch, New Zealand.

I decided to start this journey as I felt I needed to improve my coaching to help take it to the next level. Where best to go than two of the top rugby nations in the world…

My first stop was with the University of Queensland Rugby Club for a week…the most successful First Grade Premiership Rugby Club in Brisbane…home of Wallaby captains Michael Lynagh, Nathan Sharpe and James Horwill…and other notable Wallabies Pat Howard, Drew Mitchell and Stephen Moore…in particular their Academy programme headed up by David Enfantie. I observed numerous coaching sessions…1st team…Colts…Positional…and Strength and Conditioning…and then the Colts playing a match in their league game against another Brisbane club.

The two key things I took away with me from my time with the University of Queensland Rugby Club were the ‘periodisation’ planning structure over the course of a season…and the half-time routine of initially splitting forwards and backs…then coming together as a team for the last few minutes of the half-time break. 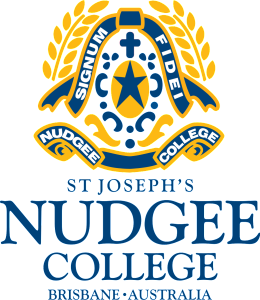 I then arranged to meet the Director of Sport…Peter Todd…of Nudgee College…home to Wallabies Rocky Elsom, Elton Flatley, James O’Connor and Dom Shipperley…and one of the best schoolboy rugby environments in Australia…on the Monday afternoon of my 2nd week in Brisbane. Peter showed me round the school grounds and facilities before introducing me to Director of Rugby Todd Dammers. I observed my first session that afternoon.

Initially I arranged to be at Nudgee College for a week…but I enjoyed my time so much I asked Todd if I could come again for another week…he said “sure, no problem mate”. Another example of the openness and sharing culture I discovered on this trip.

I observed numerous coaching sessions…from team attack…to team defence…breakdown skills…team runs…and a lineout session…plus Todd invited me to take a mauling session…as on their recent tour to the UK earlier in the year they came across numerous teams who used it as a very effective attacking weapon from lineouts…I observed the 1st XV pre-match ritual before the Gregory Terrace match on the Friday evening after the end of the school day…I also watched the 1st XV matches against Gregory Terrace and Brisbane State High School in the GPS Premiership. 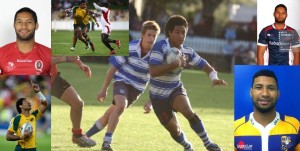 I was fortunate enough to see one of the most promising players in Australian Schoolboy Rugby at the time in action…Kimami Situati…who went on to represent the Australian 7s team on the IRB World Series circuit and at the 2010 Commonwealth Games. He also represented the Australian U20s in the IRB Junior World Championships…and signed professional contracts with the Super Rugby Franchises…the Queensland Reds in 2011…ACT Brumbies in 2012…and making 4 appearances for the Melbourne Rebels in 2013. He currently plays for the Bay of Plenty Steamers in the ITM Cup in New Zealand. Observing Kimami during the 2 weeks helped me improve my knowledge and understanding of the skills and abilities that make up an excellent rugby player…

The video below shows what I witnessed and got inspired by:-

My Blog on “A ‘Paradigm Shift’ in Lineout thinking: Applying the Principle of ‘Deliberate Practice’…” can be viewed on the link below:-

My first week culminated with the ‘home’ fixture against Gregory Terrace…a great experience…which started with the younger teams kicking off early in the morning…and ended with the 1st XV match kicking-off in the early afternoon on the main oval.

My final experience at Nudgee College was to watch the last game of the GPS Competition against Brisbane State High School with the title on the line…It was a fantastic advert for schoolboy rugby…with two highly committed…organised…and skillfull teams on show with numerous Australian Schoolboys in action.

Thank you to David Enfantie for welcoming me to the University of Queensland Rugby Club and sharing with me many thoughts and ideas…plus allowing me to observe his coaching sessions during the week and his Colts’ performance on the Saturday. A huge thank you to Peter Todd for agreeing to meet me…I had not organised my time at Nudgee prior to arriving in Brisbane…and allowing me to feel a part of the ‘team’ for 2 weeks. A massive thank to Todd Dammers who was fantastic throughout the whole of my 2 weeks…and to this day we communicate on a regular basis. We had lots of really good chats about all sorts of areas of life and in rugby…I am especially grateful to him for allowing me to really get ‘inside’ the culture of rugby at Nudgee…