“This is where high level of performance becomes the ‘norm’… Every time you cross the paint… attention to detail is the same whether on the training field or in front of 85,000 people.”

Having just recently been a member of the rugby coaching team at Sedbergh School’s Summer Courses headed up by Neil Back, I just wanted to share some of the insights Neil gave during the 4 days and the quality of the rugby that was produced by a group of boys who have never played together before… never trained together before… let alone met before… 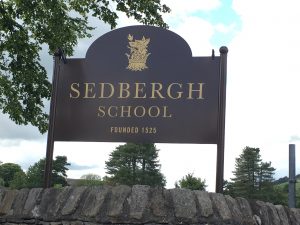 I had a group of 14 players aged 14 years old and the players came from far and wide… from the South West corner of England to Dubai in the UAE as well as from France and other areas of England… with Sedbergh School being in the North West of England in Cumbria close to the Lake District. Each aspect I share in this blog relates to the group that I was responsible for… 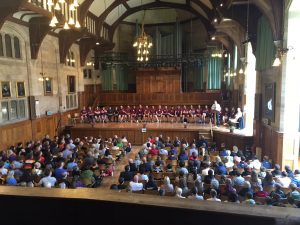 The players arrived by the Monday lunchtime and they are welcomed by the Bursar of Sedbergh School and then Neil Rollings (Independent Coach Education and course organiser) introduced the coaching team for the Athletics, Netball and Rugby camps.

Each morning began with the players being responsible for waking themselves up and meeting me outside the boarding house before we walked across the road to the dining hall for breakfast to fuel up for the day’s training. On return from breakfast the players would then walk down the road to the 1st XV pitch ready for the first session.

At the start of each session, morning and afternoon, Neil would address the boys and remind them of some of the key qualities of what it takes to be the best you can be. There would be a break for lunch with food up at the dining hall. After the afternoon sessions the boys would have a recovery session in the pool. In the evenings the players would reflect in their camp clipboards their thoughts and experiences of that day’s training.

These formed a very big part in the coaching I did with the players and every session had them in within an area of maximum dimensions of 30m by 40m, with the smallest area 5m by 10m. Conditioned Games is the term I use for ‘Teaching Games for Understanding’ (‘TGfU’), Game Sense and Constraints-led approach as I believe in essence they are all the same thing, it just depends on the context of the group I am coaching and the aim of the session/game, where I create some simple rules/conditions to get the game up and running.

Once I have observed the players for the 1st set of 5 minutes I then know the rules/conditions to put in place to help facilitate the players working out the solutions to the challenges of the aim/focus of the session. The focus of the sessions during the camp were… Decision making, 2v1, Breakdown work, Tackling, Ball presentation, Attack, and Defence.

A key question I ask coaches is: “How would you do a 2v1 session…?”. For me the answers fall in to 2 camps… the Traditional Drills Camp and the Games Based Camp. Which one do you fall in to…?

In total there were 5 coaching sessions before the game day on the Thursday.

A key part of the coaching process in Player-centred Coaching is empowering the players to take ownership of their environment… their learning… their team… and developing leadership skills amongst the players.

A great way to do this is to create opportunities when the players huddle up without the coach/es there. Two excellent times are before the beginning of a training session to ensure the players are in the right mindset and switched on ready for the session ahead and at the end of a training session to reflect and give a pep talk. If this is new for you or your players then a good way to encourage this is to call one of the leaders over and give him/her some words of encouragement and a couple of ideas of what to say.

Another very good time to do this is when a training session isn’t quite going to plan and you sense that the players are not quite switched on. You then call across one of the leaders, not necessarily the captain, and have a quite word with them. Then at the right moment you call a stop to the training session. The leader knows that this is coming and calls the rest of the players in and knows what to say… 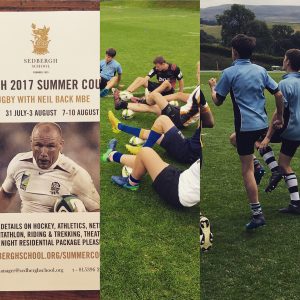 Having observed the boys do their warm-up before the very first session I saw it was paramount that I introduce athletic development principles to their pre-training session warm-ups as their warm-up wasn’t really appropriate for rugby training. Another way to quickly assess the Athletic Development of your players is to get them to do a Handstand and a Cartwheel using their right hand first and their left hand first, i.e. both sides.

I also showed them the technique of Foam Rolling using a rugby ball for their recovery post training sessions, and then also for time away from the training field.

An Athletic Development warm-up would look something like this…

There would be a variety of activities in the evening each night, with the Monday dedicated to working on kicking and passing skills, the Tuesday an opportunity to ask Neil questions about his career and the Wednesday a fun night full of various inflatables and a BBQ.

I did a passing technique session which I refer to as ‘Crusader Passing’ where I picked up the technique from the Canterbury Crusades when I visited their environment in Christchurch, New Zealand for 3 weeks in 2009. This experience can be seen here… www.nickhillcoaching.com/?page_id=46. In essence you isolate the upper body and get the players to work on a punch action with the ball and having no back swing forcing the players to use their “core” to pass the ball. This work is done in pairs facing each other front-on and side-on, using 1-hand or 2-hands on the ball, passing about 5m from their knees or standing.

Q&A with Neil Back

Were you ever nervous before matches…?

“Whenever I was anxious I tried to make the experiences “normal” as possible. I knew I had done everything possible to be the best I could be. I was fully prepared and trusted everyone around me.”

What advice would you give to these young boys…?

At what what were you serious about rugby…?

“I played many different sports at school. I played Rugby on a Saturday and Football on a Sunday. It wasn’t until Cricket overlapped with the seasons that I then committed to serious Rugby and had to stop playing cricket.”

What was your worst injury…?

“I had 6 injuries that kept me out for more than a week. Good nutrition… Good hydration… Good S&C programme… Re-hab and Pre-Hap routines… were all important parts that kept me fit.”

Should the players play more than one sport…?

“Absolutely! Helps develop hand/eye co-ordination and spatial awareness. Wait till you are 14 to 16 years old before you specialise… You will then know whether it’s really what you want to do… You need to love it because of the sacrifices to make it.”

What did you have to do to get to the top…?

“Coached by very good coaches who were knowledgable and enthusiastic. They made it enjoyable and about Skill Development. They made you want to go back. My coach when I was 4 to 7 years old was very influential.” 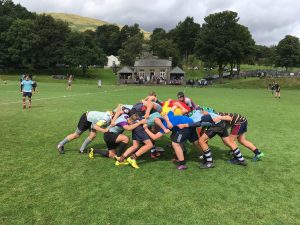 The rugby camp culminated in a match between two teams where the players in my group were mixed with the players in the age group above them and two random mixed teams were put together. The game would have uncontested scrums and lineouts as we did not do anything related to these two areas of the game. The match was 2 halves of 20 minutes on half a big pitch, so the length of the pitch was 50m and the width was 70m. We had kick-offs to restart the game after each try was scored, with the try scoring team doing the drop kick. We, the coaches, decided to condition the tackling to below the waist and the contested breakdown to 1 attacker v. 1 defender.

The quality of play was of a high standard considering all the factors going against the boys, i.e. only 5 training sessions together, a morning of match preparation, the end of an intense 3 days of training out of their normal season’s. Some of the tries the players scored were excellent with great side-stepping, offloading and support and the breakdowns were competitive.

It was fantastic to see this level of play and commitment within such a short time of the players being together, the fact they had come from far and wide to attend the camp and that I hadn’t coached any of these players before makes it even the more fascinating. 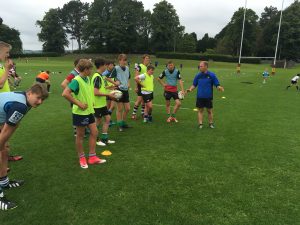 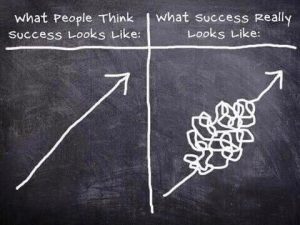 Neil was not selected for England regularly, picking up only 7 caps during the period between 1990 and 1995 on the basis that he was considered by some selectors, too small – at only 1.78 m (5 ft 10 in) and 93 kg (205 lb; 14.6 st). He learnt his trade at junior clubs in Coventry, Earlsdon RFC and Barker’s Butts RFC and went on to represent England at Schools, Colts, U21 and Saxons levels before making his full England debut against Scotland in 1994. He began his senior playing career in 1988 for Nottingham. During his time at school, he also played football, cricket, basketball, athletics and cross country before opting to strive to gain international status in rugby union.

One thought on “Cross the paint mentality…”